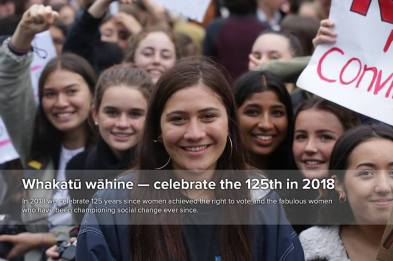 On 19 September 1893 an Act of New Zealand Parliament was passed that gave women the right to vote at elections – making them the first self-governing country in the world to do so. It was a decision that allowed women a voice in how their lives were governed and changed the face of their democracy. 2018 marks the 125th Anniversary of Women’s Suffrage in New Zealand. The Government has facilitated a number of commemorative events and created a very informative website to promote the anniversary. With the 125th anniversary of South Australian female suffrage just around the corner it is always nice to see how others go about their commemorations!