The Muriel Matters Society Inc. was invited to join this year’s Adelaide Fringe Opening Parade! The Society’s Secretary, Frances Bedford, played Muriel on a lively float that depicted her 1909 balloon protest in London. Members of The Society walked alongside the float wearing white outfits with homemade sashes similar to those used by the suffragists themselves. A colourful and loud night as always, the cry of ‘votes for women’ in the streets of Adelaide was fitting given South Australia was the first place for women to gain the dual right to stand and vote at parliamentary elections. The Society would like to extend a warm thanks to the organisers of the Adelaide Fringe for inviting us to participate! Thanks must also go to those Members who volunteered on the day to help make it such a success. For all the wonderful things you can see at the Fringe this year click here. 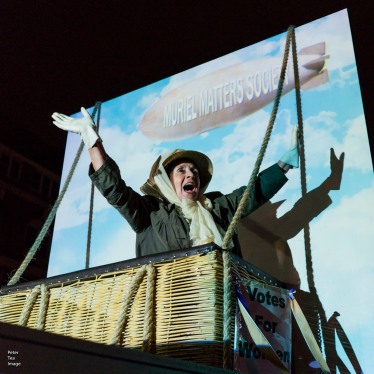 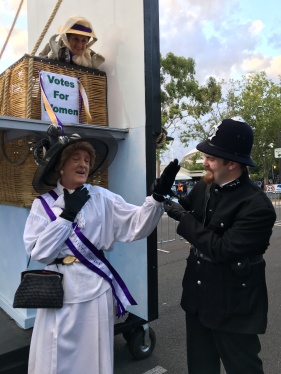 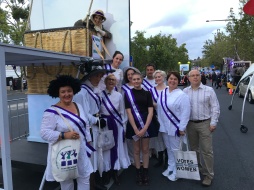 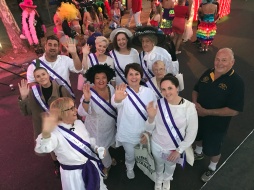